“War changed things for all of them” 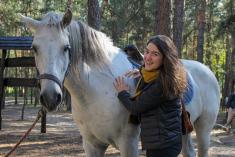 Three hours of plane from Paris, thirty hours in Kiev, fourteen hours of nigh train to Liman, and one hour and a half in a car from the train station later, I arrived in Severodonetsk, Estearn Ukraine. I have been deployed in this town - located 35km from the "contact line" - to provide psychosocial support to internally displaced people (IDPs), residents and most vulnerable groups affected by the armed conflict. The hostilities that started in 2014 are affecting 5,2 millions of men, women and children. According to the United Nations, the humanitarian situation in Eastern Ukraine is still severe and is "forgotten" by the world.

Here, whenever you start having a conversation for more than twenty minutes with a local, you have a great chance of hearing the words “до войны – before the war ». Indeed, for every inhabitants originally from eastern Ukraine, there is a before and after March 2014. The war hit them all at different stages of their life, whether they were kids, teenagers, parents, or elderly people. Hence, they all reacted differently, each of them having their own priorities. But one thing is certain, they all had to adapt themselves to this unknown situation.

For six months, I have had the amazing opportunity of sharing some of their paths. No words can describe how interesting this experience is. Of course, the conflict itself, the geopolitical influences of the different stakeholders could already satisfy one’s curiosity. But to me, the real beauty lies where no words are printed down: in people’s personal stories, informal testimonies, facial expressions. I could try to share some of their stories with you, but my words would never equal the intensity of their stories. You would need to see their eyes.

The eyes of Tania, in her mid-thirties, when she told me that four years ago, her biggest fear was to drive a car. Indeed, her mom died in a car accident when she was 18 years old. But now that bombs and soldiers belong to her every day landscape, she has started learning. She wants to be ready to drive her sons anywhere, if another crisis was to strike her small town, if they had to flee once again. The eyes, of Sasha, three years old, when she was playing with clay, building those houses and on top of each of them putting a massive “snow ball”. Intrigued, I asked her what those balls were. “Bombs”, she replied. The eyes of Iana, when she told me about her two miscarriages. The first one happened right after the death of her sister, five years ago. The second, right after the war started. The eyes of Natacha, an IDP that is struggling to find a job in this new town she had to settle in. The eyes of Maxime, Ukrainian activist that got tortured for one night before we could live the non-governmental controlled area with his wife, daughter and mom. This eyes of Vladislav, 17 years-old, that cannot handle his anger since the war started, and keeps getting involved in violent fights with kids his age, sometimes older. The eyes of Nina, 76 years old, that lives alone in her home town, her kids having left for “the other side” for a while now. All the shops closed down and if it was not for the few vegetables she still grows in her garden, she would not be able to feed herself anymore.

War changed things for all of them.

*names and details were changed to respect the confidentiality of people 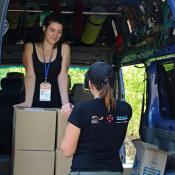 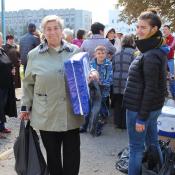 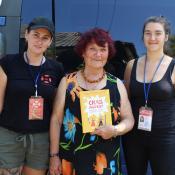